“We—mankind—stand at the center of an evolutionary crisis, with a new evolutionary device—our consciousness of the crisis—as our unique contribution.”
—Margaret Mead, PhD 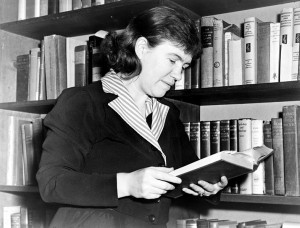 Margaret Mead was an American cultural anthropologist, with an MA and PhD from Columbia University.

Mead is one of the most renowned anthropologists of all time. She wrote over 40 books and more than 1,000 articles. Many of these have been published in other languages.

Margaret Mead was the first female anthropologist to become President of the American Association for the Advancement of Science.

In 1979, Mead was awarded the Presidential Medal of Freedom (posthumously).

In the late 1970s, Dr. Jean Houston, an author and leader in the Human Potential Movement, introduced Dr. Moshé Feldenkrais to Dr. Margaret Mead. They met at a night club that Dr. Mead used to frequent.

Upon meeting him the very first time, Margaret Mead looked at Moshé Feldenkrais and said to him:

If you are such a big expert on movement, explain to me why a tribe that has exquisite divers and can dance beautifully cannot do one movement—that is crossing their arms and tapping their knees as part of their dance and movement repertoire.

To which Dr. Feldenkrais replied:
I can think of two possibilities.
One is that your observation is inaccurate.
The second is that, as babies, they don’t get to crawl enough.

That was the moment that Dr. Mead realized she was facing a genius, as she told Dr. Feldenkrais that the members of this tribe had this belief that if they let their babies crawl, they would turn into animals. She said that they carried their children on their bodies until they got big enough to stand. Then, they put them down to see if they could stand up; if they couldn’t they kept carrying them, and if they could, they let the children begin walking.

Give me one more phenomena like that and it proves the basis of my whole theory and method.

This was the beginning of a close friendship that lasted until Dr. Mead passed away in November of 1978.

Dr. Mead tried to help bring Dr. Feldenkrais’ work to as wide an audience as possible, but unfortunately she did not have the time to do so.

Dr. Feldenkrais visited Dr. Mead while she was ill, and he helped reduce her pain and increase her comfort towards the end of her life. 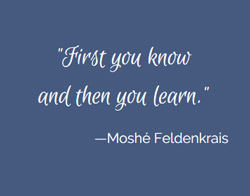